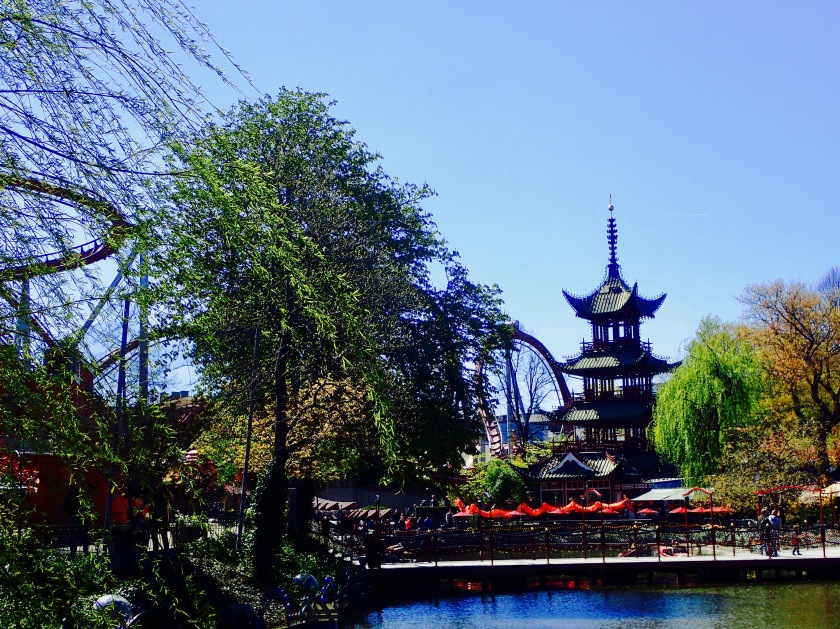 It was 10:45 on a Wednesday night. I was reading a book and Nani was watching a Mary-Kate and Ashley movie on Netflix. Then all of a sudden what should we hear but a loud: BOOM!

I put my book down.

“Is this thunder?” I asked.

“There hasn’t been a cloud in the sky since Sunday,” Nani said. “I don’t think it’s thunder.”

Another BOOM came. And another.

I started to nervously look out the window.

“Maybe they’re doing demolition or something?” I wondered. There is a lot of construction going on in Copenhagen right now. They’re building a new IKEA across the street from our hotel. “But at this time of night?”

“I’ll go and check from the other side of the building,” said Nani.

We couldn’t see anything from our window, but this sounded very close. There are windows at the end of corridors, so I said she could go, as long as she stayed on our floor.

The sound of explosions kept on coming. I was expecting to hear sirens at any moment. What was it? A chemical plant explosion? A terrorist attack?

Nani came running back to the room.

“Come look!” she said. “It’s fireworks at the Tivoli Gardens!”

Still shaken, I followed. I couldn’t believe it! Fireworks at nearly 11 pm on a weeknight?!

By the time we got to the window from which you could see the gardens, the fireworks were over. All that remained was some lingering smoke.

We walked back to our room and I slowly begin to calm down.

“Good God,” I said. “I thought Russia was attacking…”

Nani LOL-ed at this!

“Well, why would they set off fireworks on a weekday at this hour?”

“Oh, mom…  You need to relax. This is Copenhagen. They showed an overturned trampoline on the news the other day.”

That is true. There have been some strong winds and apparently someone’s trampoline managed to flip.

(This was amusing to see on the news, but really the top news in Iceland is even better! I picked up an English language newspaper in Reykjavìk on the way here. Top news? The president of Iceland gave someone a ride home and five tourist girls got caught peeing in a parking lot. The police made them pick up all the tissue they were using as toilet paper and throw it in the trash.)

Nani kept laughing at me. She was giddy from seeing fireworks on a weeknight and from eating a bag of M&M’s in bed. It was cute.