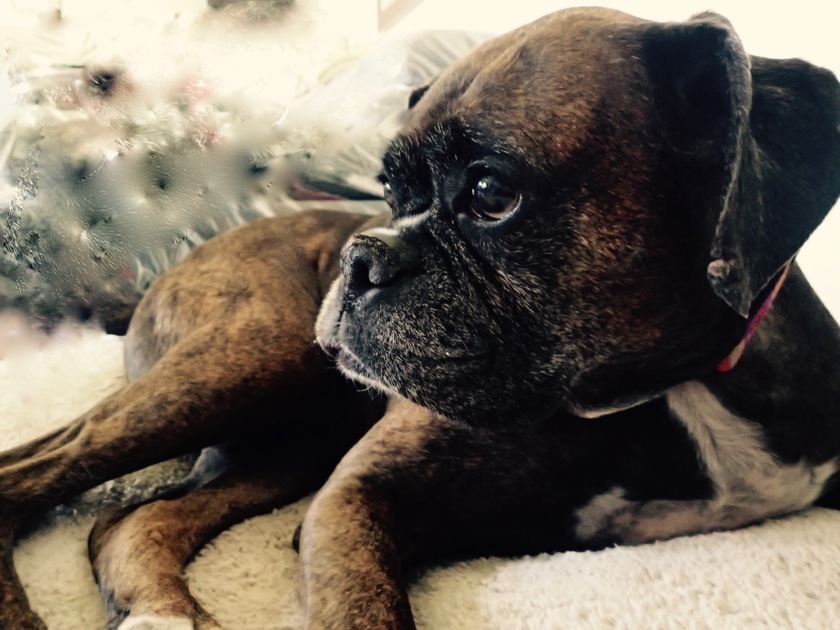 We’ve initiated integration procedures before even arriving in Denmark. We gave our pets Danish nicknames.

Cosmo, our male black boxer, we call jordbær. It means “strawberry” and is pronounced a lot like “your bear”. Sometimes we call him sort jordbær – which means “black strawberry”.

I worry about all three of them having to fly.  The one I worry about the most is Mochi – our Svinekød. I imagine Cosmo will be traumatized and afraid of his own shadow for weeks after the flight. Bixby will feel betrayed and may try to disown us. But Mochi…  Mochi is a sweetheart. As long as she gets through this flight, she will be happy to explore all the doggie trails of Lyngby.

The reason why I worry about her the most is that she’s older (will be 8 years old in August) and she’s not very tolerant of the heat. She snores when she sleeps and she starts panting as soon as the sun comes out.

To transport the animals we went ahead with the Pet Relocation company in Austin (the other company I considered gave us a quote, which was even higher! They estimated that the relocation will cost us over $8000. $5500 started to feel like a bargain…). They informed us that the dogs won’t fly if the temperatures rise above 80 degrees Fahrenheit. This means that Seattle, Copenhagen and Frankfurt – the layover city for Lufthansa – needs to be below 80.

Well, here in Seattle we skipped spring and jumped from winter straight into summer. Luckily it’s a Seattle summer, which means that the temperatures most of the time hover in the 70s (except for the next three days, when it will be over 80. Have fun at Folklife, you all!). Copenhagen is still in the decent upper 60’s and lower 70’s. But then there is Frankfurt…  Frankfurt is in the middle of a heat wave. 80’s and even above 90! I’ve been glued to my weather app. Looks like it might start raining in Frankfurt later next week, so it should cool off a bit.

It’s a nail biter (although, oddly enough, I’ve stopped biting my nails – from all that stress). The next couple of weeks I’ll be watching the weather and hoping for rain.