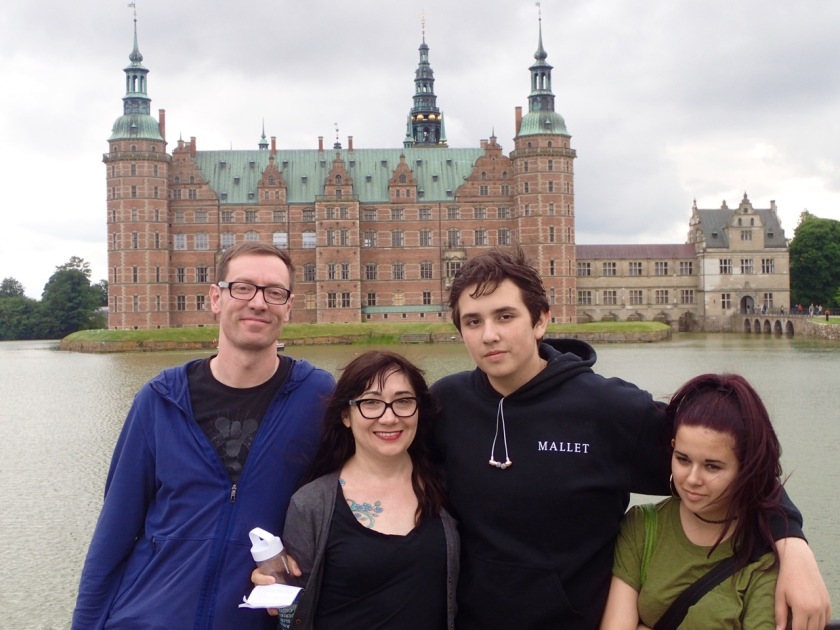 Castles in Europe are about as ubiquitous as IHOP are in the United States. There is one (an occupied one) within walking distance from our house. They’re a couple in Copenhagen and of course the outskirts have plenty of castles, both big and small.

Frederiksborg is definitely big. It’s located a short train ride away from our house, in an adorable little town of Hillerød. To get there we just hopped on our local line and four or five stops later we were there!

I checked the weather for that day. It said: chance of rain 0%. So I didn’t bring a rain coat. Of course, meteorological science is about as accurate here as it is back in Seattle. As soon as we got on the little lake ferry that takes you from the town up to the castle, it began to pour! Not some little, delicate rain either. We got pretty soaked… 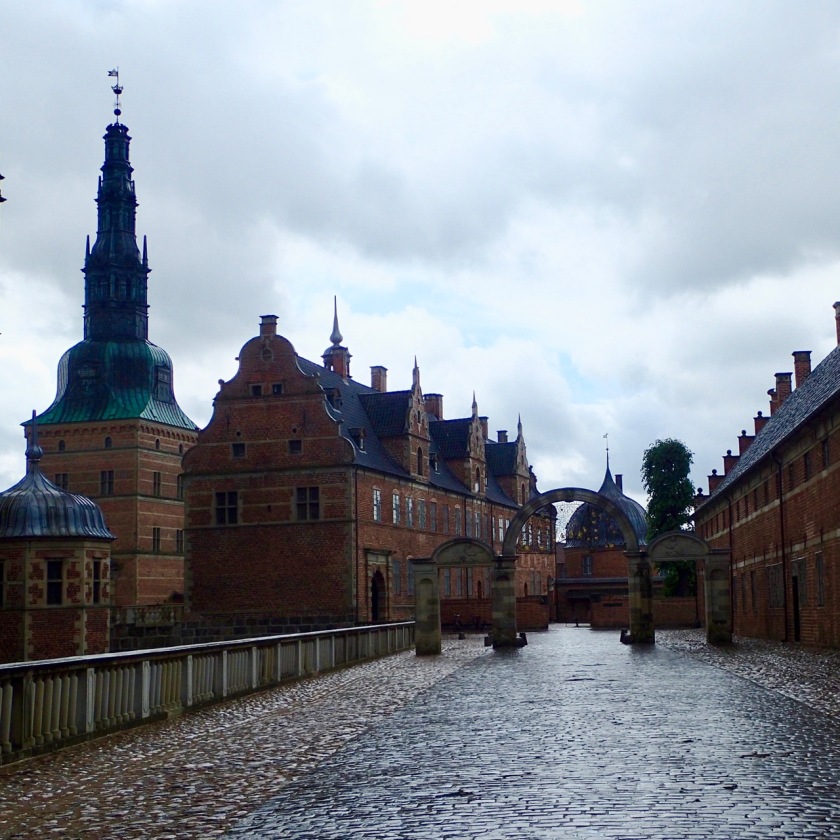 The major advantage of having a rain storm in the middle of an afternoon on a weekend is that it had all the tourists scurrying inside. So there was a moment when the castle courtyard felt eerily deserted.

Frederiksborg – hailed as the grandest castle in Scandinavia – attracts a fair number of visitors. There were tour busses pulling up to the front and at least two weddings going on while we were there. There are different entrance fees (different fees for adults, children, students, groups, etc.), but we ended up getting a family ticket, which cost 150 kr. That’s about $23 for all four of us, for access to the entire castle. 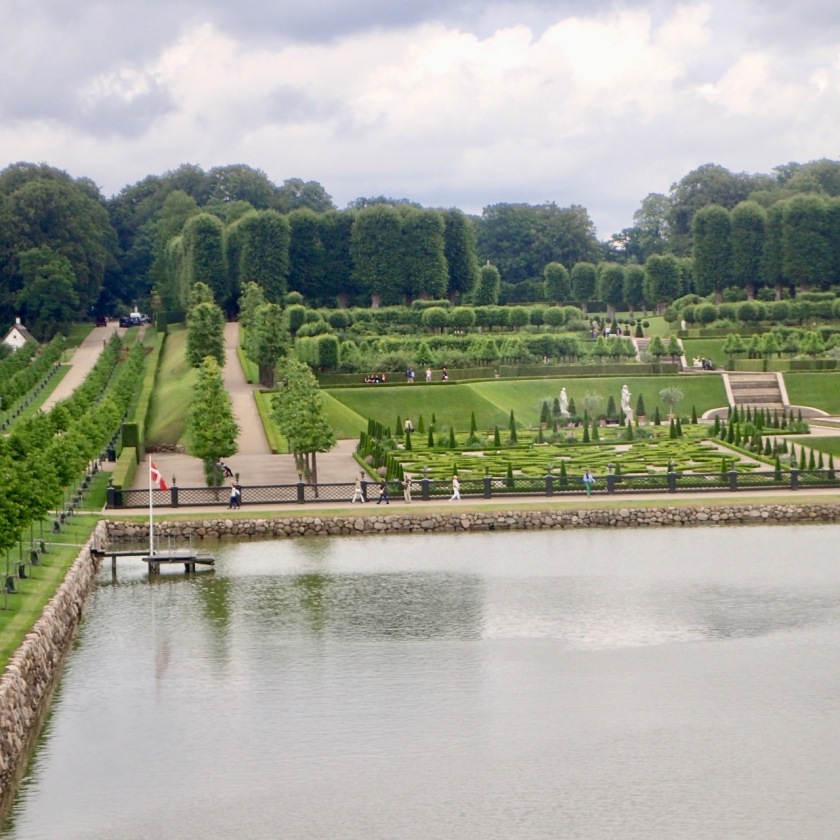 It’s worth coming here even if you don’t plan on touring the castle inside. The grounds are beautiful (that day we didn’t spend a whole lot of time in the gardens, because the weather was so crappy and after walking around for hours in the castle itself, we were pretty tired; since it’s so close to our house though, we are sure to go back!) and can be accessed free of charge.

The original Frederiksborg castle was built in 1560 by King Frederik II. His son though, Christian IV – who was born there – decided he liked nothing about it except for its name. So he demolished the place and had it rebuilt in the Renaissance style. Christian IV version was completed in 1620.

The castle gardens are from 1850 and are fashioned in the Baroque style. 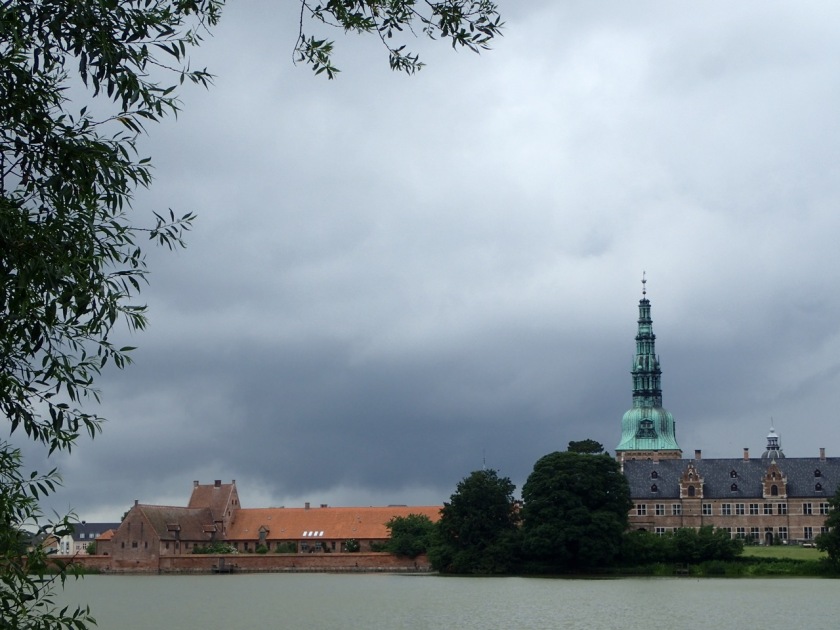 Getting to the castle is very easy and you should not have to get stuck on a tour bus. From central Copenhagen take the E or B line on the S train (I know, the letter naming of trains is a bit confusing. There are three types of trains that I know of – four if you add the regional – and they are: S, M and L. The S trains have lines named: A, B, C, F, H. Why is there no D line? I do not know. Oh, and now there is an M line on the S train, not to be confused with the M train, but it’s only temporary, so let’s not bother with that) and go to the very last stop in Hillerød. Once in town, follow signs for the center of town. There is a nice walking street (right across from the train station), Vibekevej, that takes you pretty much straight to the large square, with a statue, by the lake.

You can see the castle right across the lake from here. To get to the castle from this spot you can either take a right and go around the lake on green trails:

or go to the left and take the walking, shopping street that takes you right up to the castle: 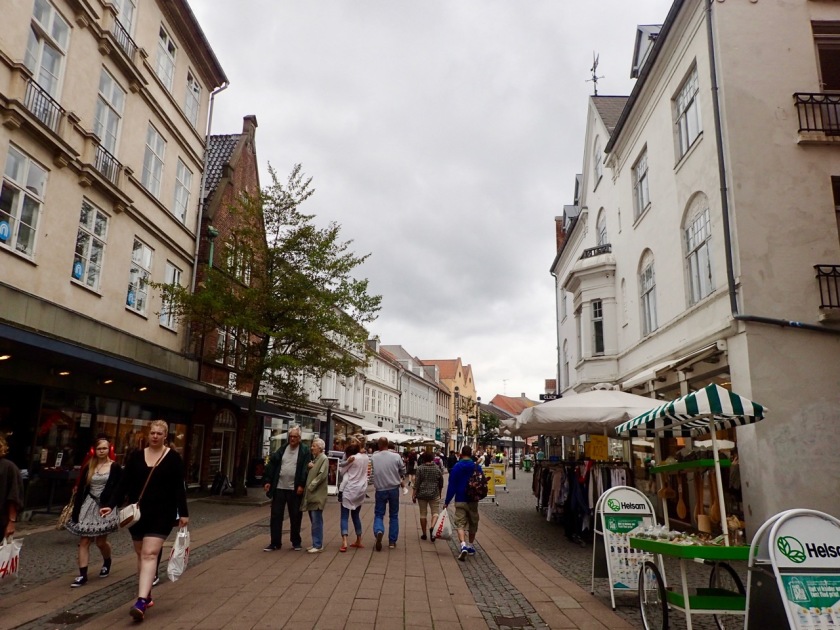 or you can take a little ferry:

The ferry trip costs 30 kr ($4.60 at today’s rate) and you must pay in cash or with mobilepay. I would recommend taking the ferry at least one way, even when it’s raining.