Getting to the island of Hven from Copenhagen is quicker than getting to Friday Harbor from Seattle. The boat ride is shorter – roughly an hour and a half – and the boat itself you can catch from the downtown of the city. 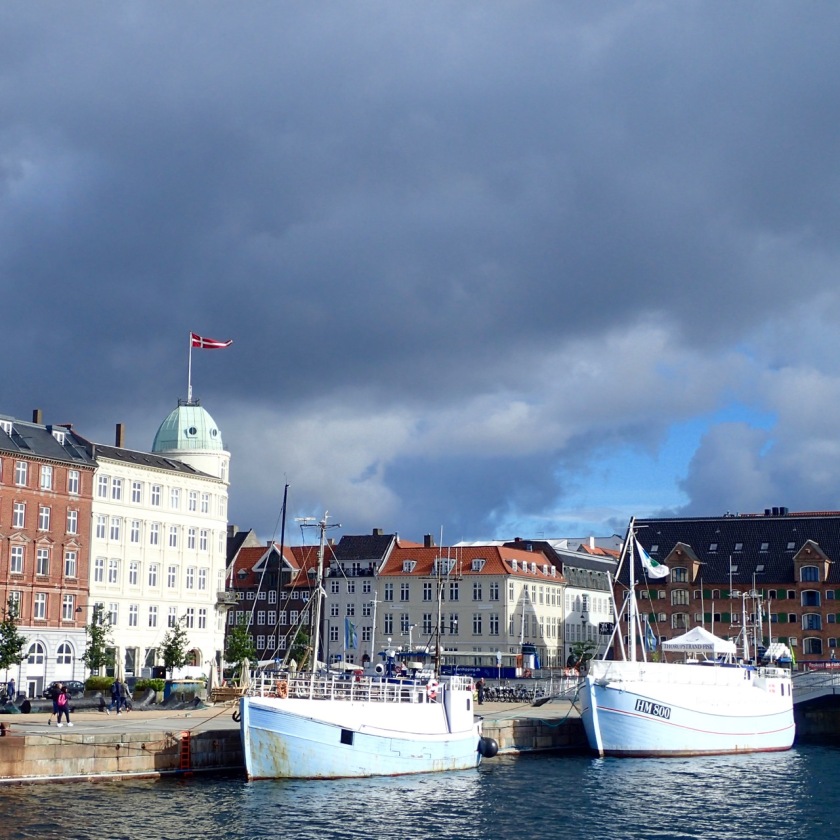 The company operating the boat is Spar Shipping and from Copenhagen they leave at 9:30 am and come back at 4:30 pm, in season only. The season lasts from May through September, but sailings do not take place every day. Definitely, pre-book your ticket (it’s less expensive) if you decide to go. The cost of the round trip ticket is 240 kr (Danish) per person (about $38).

As is Denmark on most of these summer days, this day looked dark and stormy on one side of the sky and shiny and blue on the other. Now it was time for the southern winds of the Mediterranean and the winds from the North Sea to duke it out.

Except for one brief spell when it looked like a storm was coming, we lucked out. The day and the island were both beautiful and sunny!

Hven (or Ven), belongs to Sweden now. But for centuries it was part of Denmark. It’s in this estuary of culture. An area of southern Sweden that feels an affinity to Denmark, but also to Sweden. It’s torn, but harmonious at the same time. They even have a flag that blends the two countries. It’s the Danish red with the Swedish yellow cross. 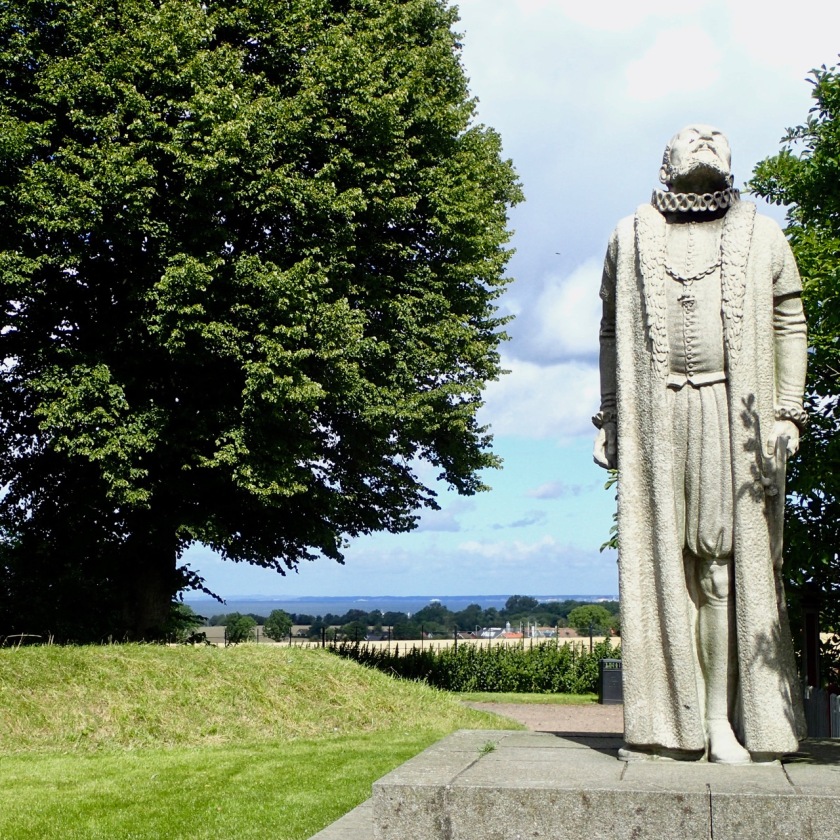 The island’s claim to fame is the astronomer Tycho Brahe. Tycho Brahe was a nobleman and very much in favor with the Danish king Frederick II. Frederick appreciated Brahe’s contributions so much he awarded Brahe the entire island of Hven. Part of his relocation package were the 50 or so families living there already. As his subjects, they were required to work for their Lord two full days per week and pay taxes on top of that. Brahe is often mentioned as being rather harsh and unreasonable as a land owner.

As a scientist, he was very much a trailblazer. He was an astronomer, as well as an astrologer and an alchemist. Back in the late 1500’s both, astrology and alchemy were still considered to be sciences.

On the highest point of the island is the Tycho Brahe museum. Located inside a neo-gothic church from 1898, the museum paints a picture of a rather complex man, but makes no mention of his prosthetic nose (at least, I didn’t see it anywhere. Brahe lost his nose during a duel as a young man and had to wear a prosthesis for the rest of his life).

The museum is definitely worth a visit, but so is the rest of the island.

Having been in Denmark for close to two months now, I’m starting to tell Danish and Swedish apart. The languages, of course. Also, I’ve noticed how the houses differ. In Denmark, the preferred traditional color is that orangeish ochre, while in Sweden it’s the deep burgundy red.

In Denmark, alcohol is hardly controlled at all (in the supermarket, you’ll find beer next to soft drinks – on the same shelf – and sometimes it’s hard to tell the two apart). In Sweden alcohol is tightly controlled. So tightly, in fact, that when we got beer at a little pub in the harbor, our choices were between 2.2% and 3.5%!!!!! What is this near-beer nonsense?!

If you’re not planning on getting drunk, this lovely island is definitely worth a visit.

Dave and I rented bikes while on Hven and you can read all about our biking adventure here.