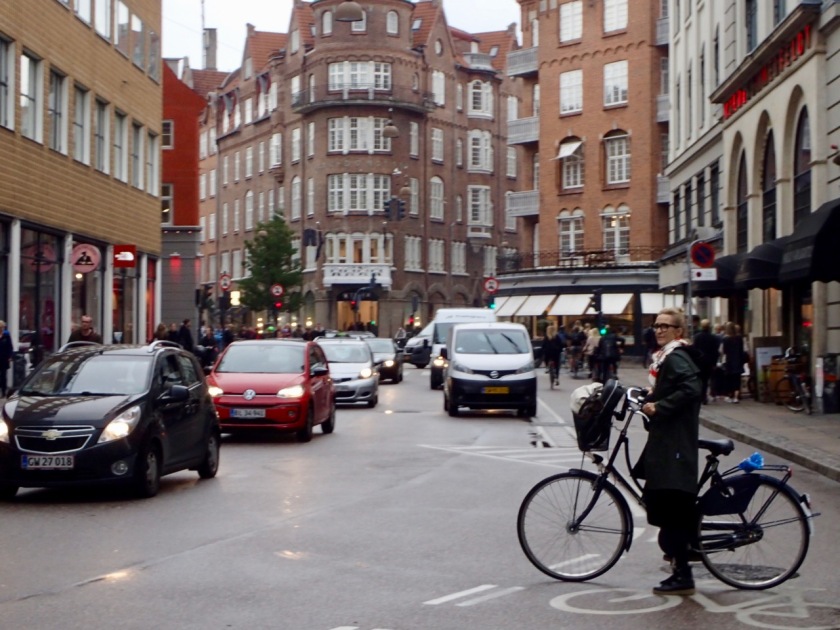 When I came to Denmark, at the beginning of June, I assumed that I had a long summer ahead, full of summer dresses and days at the beach. Unfortunately, that’s not how it went. June was chilly, July was chilly and rainy. August redeemed itself a little bit, but the temperatures hardly got above 70.

But here’s where I stop complaining about the weather.

I may not have had a chance to throw on a tank top this summer, but none of this has been life-threatening. We just close the windows, put on a sweater, and carry a rain jacket at all times. Watching the news reports of the weather in the United States makes me glad that I’m here and not experiencing the calamity of hurricanes, tornadoes and forest fires over there.

Seattle is called the “rainy-city”, but it’s almost never rainy in the summer. Summers are usually warm and dry. But from my friends’ pictures on Facebook, it seems this summer is a lot drier and a lot warmer than ever before. There have been forest fires burning east of the mountains, destroying not only swathes of eastern Washington but British Columbia, Oregon, Montana, and California as well.

Not the extremely dry Seattle, not the hurricane following a hurricane barrelling towards the Caribbean and the Southern United States. And not the chilly and rainy summer in Denmark (here, this is the coldest summer in nearly 40 years).

I used to think that global warming meant it will be warmer everywhere. Well, northern Europeans beg to differ. This is a Guardian article from 2003, which basically sums up what people here have come to accept as their possible future. That another Little Ice Age might be on its way.

Danes accept climate change as a fact. They are preparing for the rising sea levels, for the possibility that some day soon Denmark may be adversely affected by climate change in such a way that harsh winters and chilly summers will become the norm.

This small country is doing its part. Copenhagen pledged to become carbon neutral by 2025 and the latest headlines lament the fact that we’re not on track. We should be at 38% but are at 33%. In almost a panic, the city officials are scrambling to “fix” this city’s transportation. Which to me, in comparison to what the giant USA is doing on the other side of the world, is mind-boggling. Copenhagen has trains (there is a whole new train line set to open next year), buses and about 250 miles of bike lanes in this not-so-big city (yes, that’s miles. About 400 km). 50% of all who live in the city commute to work by bicycle. Of those who live on the outskirts of the city, 35% commute to work in Copenhagen by bike. But even with these numbers, Copenhagen is vowing to get more cars off the streets.

Compare that to the majority of the United States, where people rely on their cars – mostly because they have no other choice.

In my daughter’s 8th grade class, the kids were asked if cars should be banned outright. Most of the kids voted “yes.” My daughter presented an argument that they can’t be banned outright, because then how would things get delivered. To this, some of the kids agreed that a compromise could be reached. Keep the cars, but only where necessary. They should be a supplemental form of transportation, but not something we should rely on. They argued for car-free zones and car-free days. It seems that Denmark’s future (even if it is a little bit chilly) is in good hands.