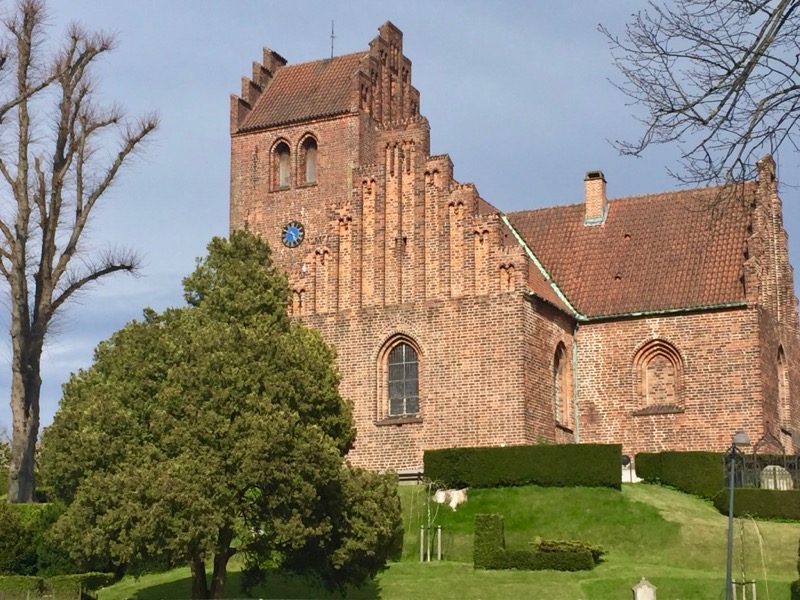 Issues in Denmark and issues in America are not the same issues. For example, in America, the separation of Church and State was an issue. A big issue. Here, it’s a non-issue.

No one seems to care if Church and State separate. Many people pay a direct tax to the Church of Denmark. I’m not sure how much, but it’s something. (We’re exempt because when we were filling out our tax forms, we explicitly stated we’re not Lutheran.) Many state holidays are religious holidays (everything closes, including the 24hr stores).

Today (April 27) is Store Bededag (The Great Prayer Day). No one seems to mind.

Next month we’ll have Confirmation Sunday – the day when over 70% of Danish teenagers will officially be confirmed as members of the Church of Denmark, as well as Ascension Day and Whit Monday, aka Pentecost Monday. All are official State holidays.

Considering the number of religious holidays in May alone, one could assume that Denmark is a very religious country.

One would be wrong. Denmark most definitely is not a religious country.

I have yet to meet a religious Dane. Although over 70% of Danes pay the Church tax, according to one latest poll, less than 17% believe in any kind of a higher power.

Religion in Denmark is as ambivalent as its monarchy. It seems to come down to tradition. A monarchy in a socialist country seems a bit odd, just as all those religious holidays in a mostly non-believing country do.

But, I wonder if it seems odd only because I moved here from North America.