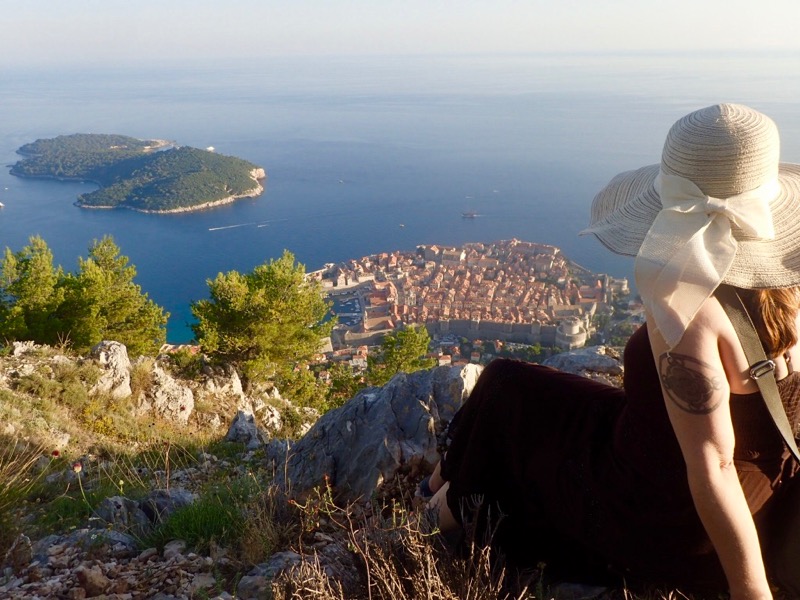 For the record: Dubrovnik really is the jewel of the Adriatic. 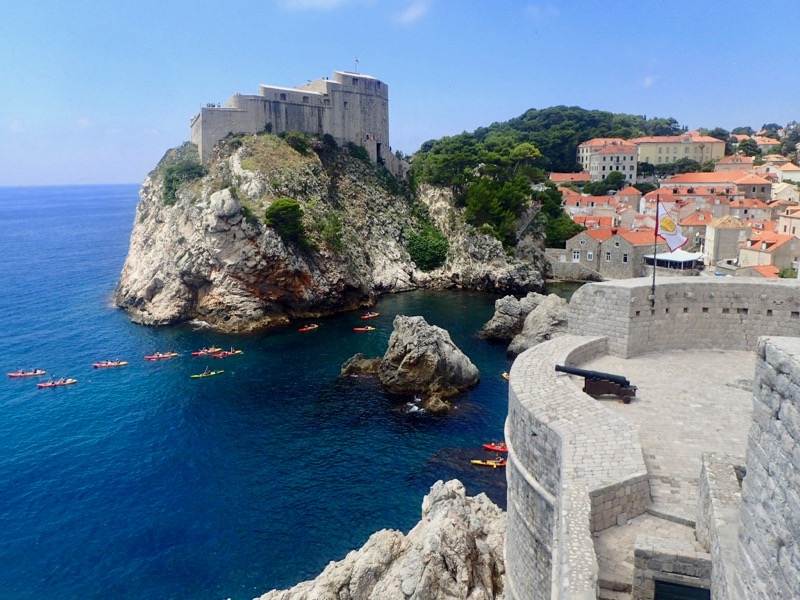 It is also very expensive and these days it seems to exist solely for tourists. For a more authentic Croatian experience, after visiting Dubrovnik, you may want to head out of town (Split also has a lot of tourists, but is a lot more laid back). 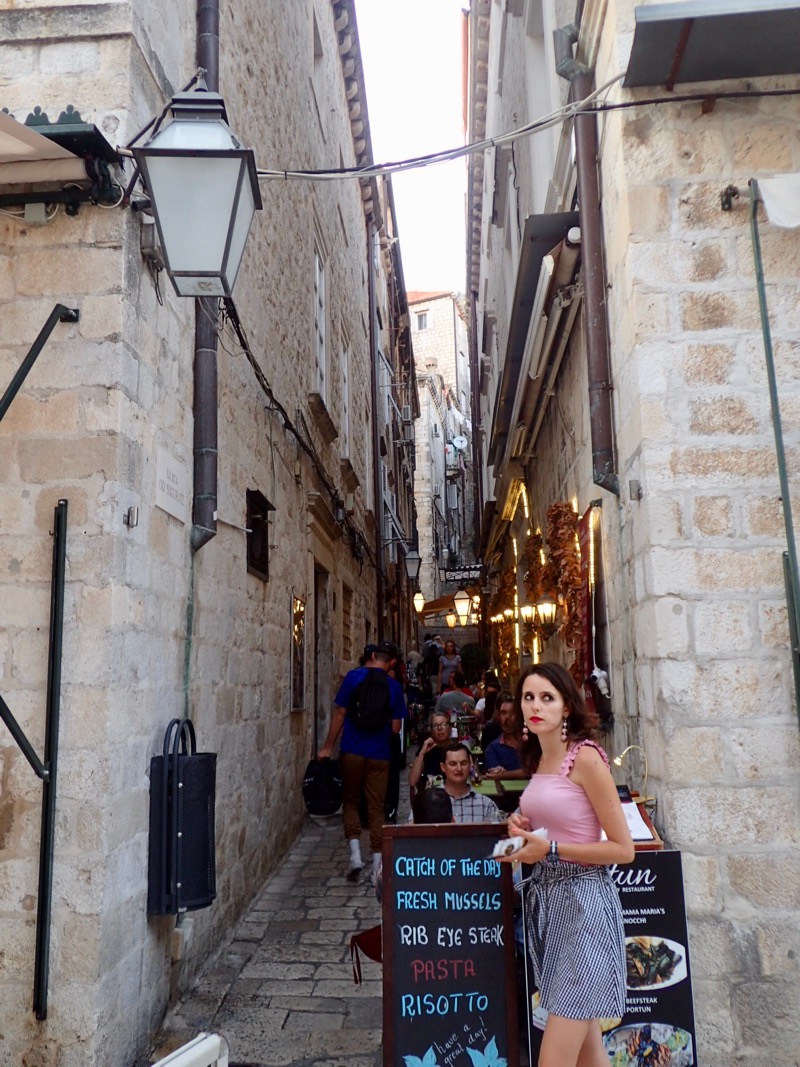 There are some actual locals living in the old town of Dubrovnik (I’ve seen laundry lines), but mostly it’s full of upscale shops, pricey restaurants, and boutique guesthouses. 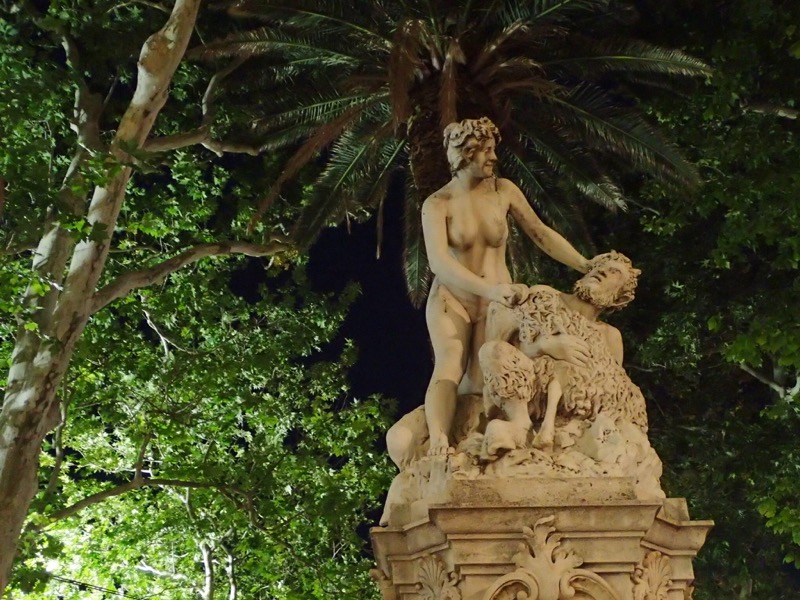 Unfortunately, as with many other expensive destinations (Hong Kong, Las Vegas, New York), Dubrovnik made me feel inferior. I felt underdressed, too pale and much too sweaty. Dubrovnik seems to be a magnet for beautiful people who tan easily and who can afford to change three times a day (during my stay in Croatia I easily showered two to three times per day and still didn’t feel like it was enough). Come prepared. 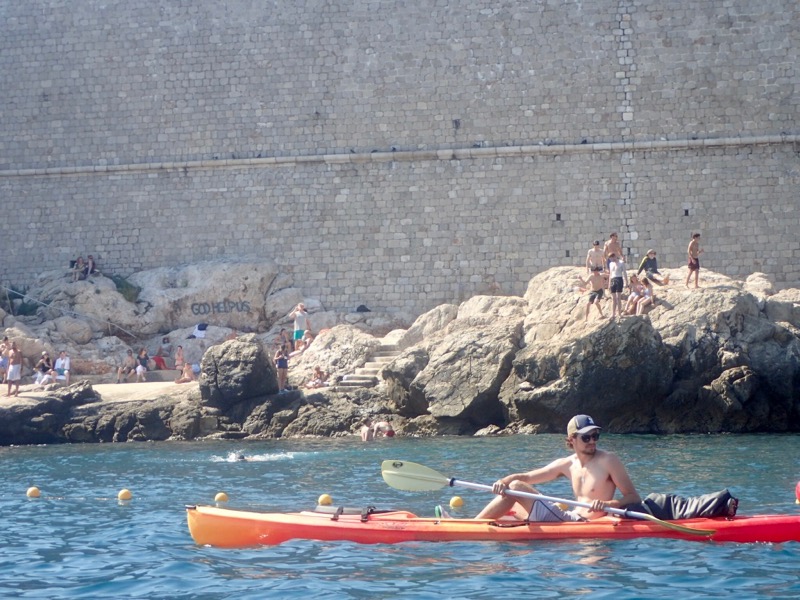 When you get tired of parading in your best designer clothes, there are plenty of spots around where you can cliff dive. Yeah, god help you. Cliff diving is not the safest sport. 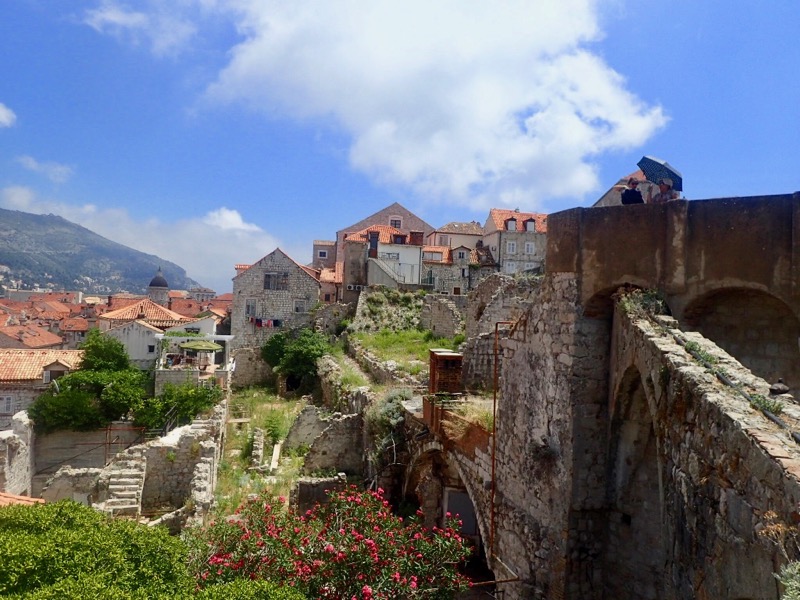 But despite being mostly a playground for the wealthy, the city is definitely worth a visit. It has an amazing, rich history and plenty of dramatic views. 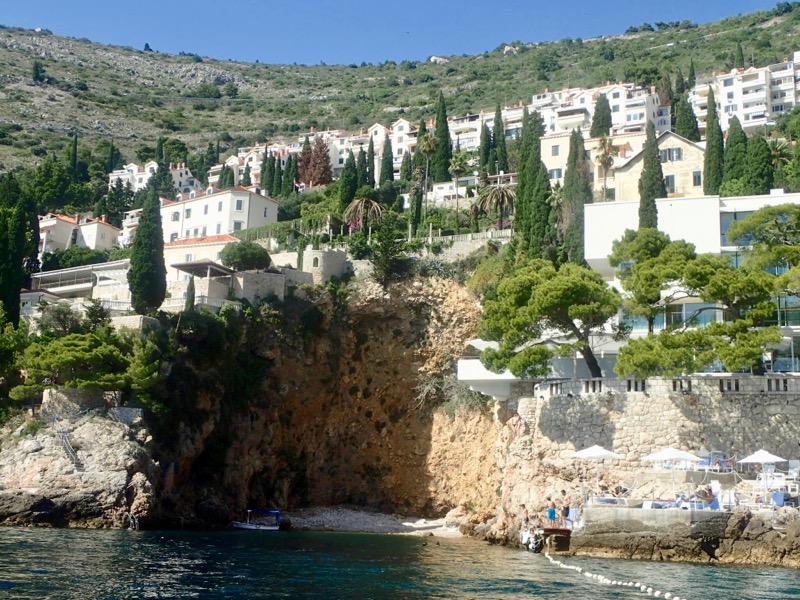 The first settlement was reportedly established here in the 7th Century, by the Greeks. It later was part of the Byzantine Empire, Republic of Venice, Kingdom of Hungary, Ottoman Empire and the Hapsburg Empire, just to name a few. With so much cultural influence from all sides, Dubrovnik grew into a rich and diverse Adriatic outpost.

Despite an influx and influence of so many other cultures, Croatian prevailed. Until the 15th Century, the official language was Latin. Later, a variation of Italian (Dalmatian) became the official language. Slavs may not have been in charge, but they were here. Although Croatian was all the while spoken by most of the residents, it was not the city’s official language for many centuries. Still, Croatian language literature began to flourish here about one thousand years ago. 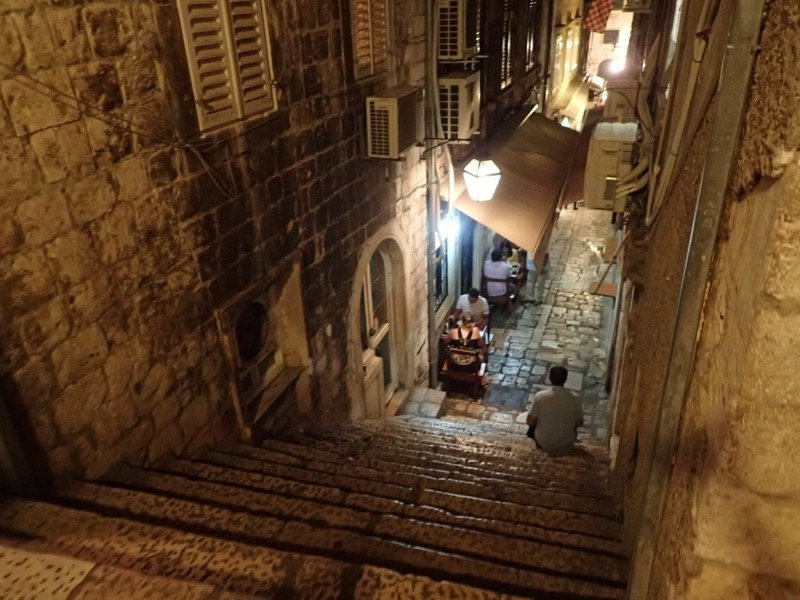 Most people come here for the medieval architecture (or because they’re fans of Game of Thrones). It is important to note, however, that much of this ancient city was destroyed during an earthquake in 1667. Over 5000 people died and most of the buildings crumbled. 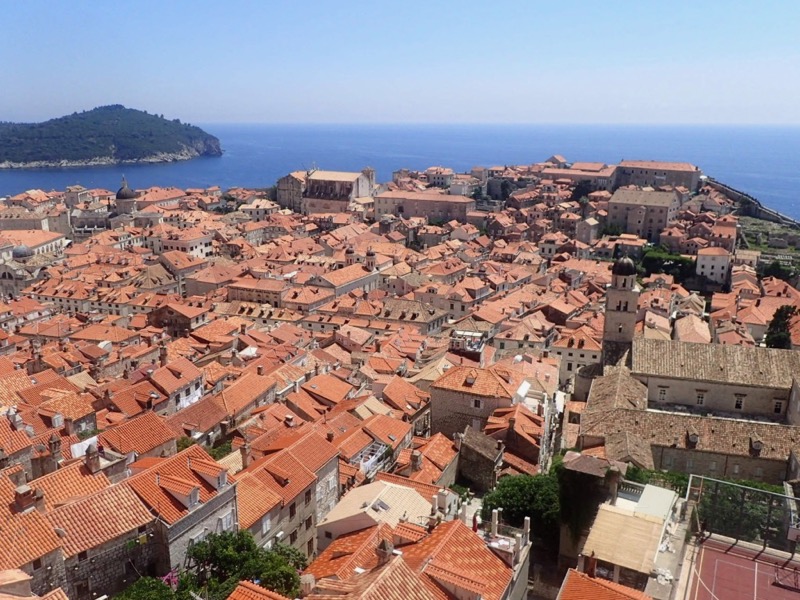 After a relative period of calm (Dubrovnik was under Nazi-control during World War II and did not suffer any major damage), Dubrovnik was bombed and shelled during the Balkan Homeland War in the 1990’s by the Serb-lead Yugoslav forces. The city has been a UNESCO World Heritage Site since 1979 and after the war, it underwent major improvements. Due to extensive damage, most of Dubrovnik’s rooftops today are topped with brand new tile. 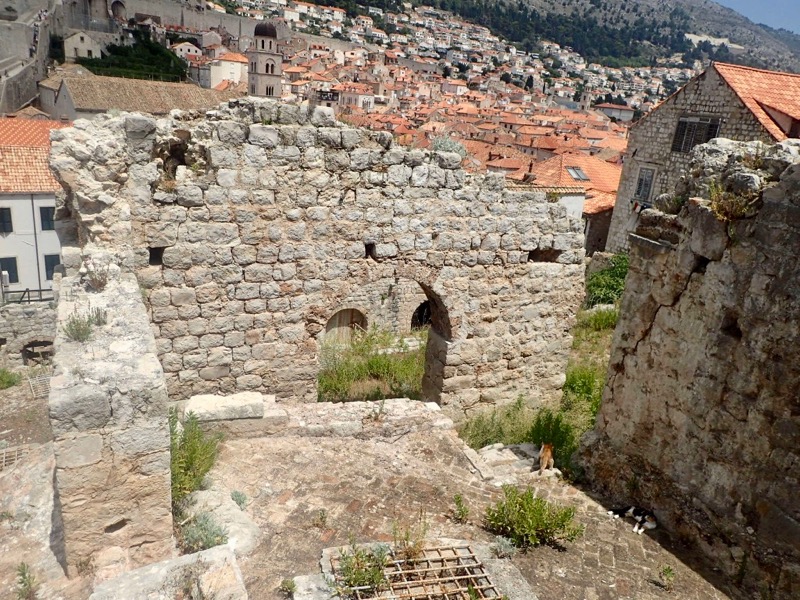 The war in Yugoslavia is still a puzzle to me. I struggle to understand nationalism and religious affiliations. Sorry, Polish-born/mostly products of living in America/making their home in Denmark/secularists, I will not be joining your wars anytime soon.

All wars are heartbreaking, but some hit closer than others. The fact that Balkan Slavs seem so familiar to me (mostly because of the language), I find it heartbreaking that not so long ago they chose to raise up arms against each other and fight over…. what? I still don’t know. 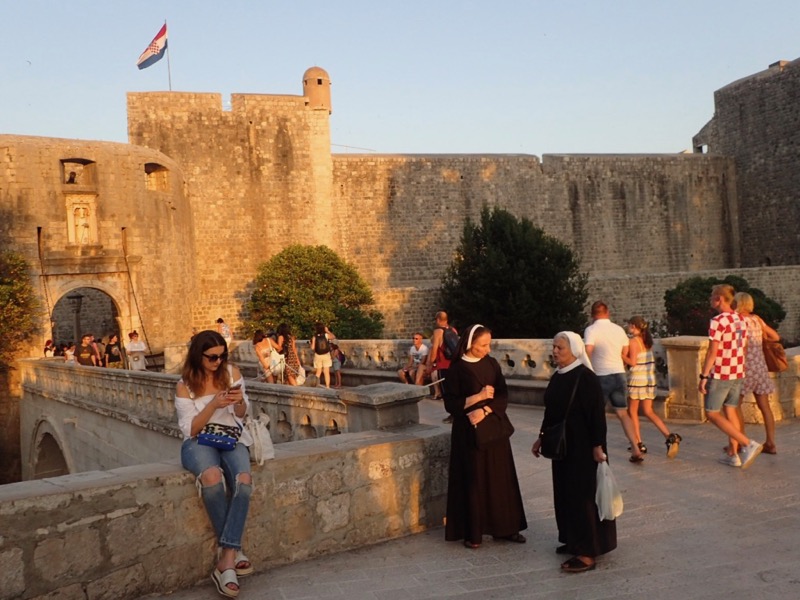 Croats are mostly Catholic, Serbs are mostly Orthodox, Bosniaks are mostly Muslim. So, I guess that’s another comparison you can draw between the Balkans and the Middle East (I mentioned the similarity in my previous post); this pot of monotheistic religions somehow becoming convinced that they cannot co-exist. 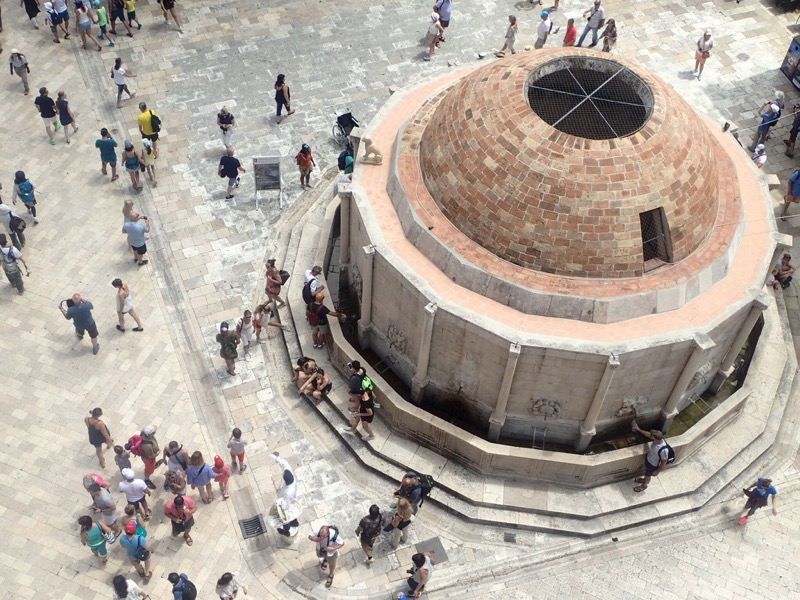 But no, I refuse to believe that it’s all about religion. I can’t imagine being a person who supposedly loves a loving God, deciding to kill other humans in the name of that God, because they choose to worship that God with slightly different rituals and iconography, and believing that their supposedly loving God is cool with that. That’s just sick.

But… Croatia seems fairly homogeneous to me. Whatever divisions came after the war of the 1990’s, they may have worked out for Croatia. After leaving Dubrovnik, however, we took a detour through Bosnia and Herzegovina. And that is a whole different story.