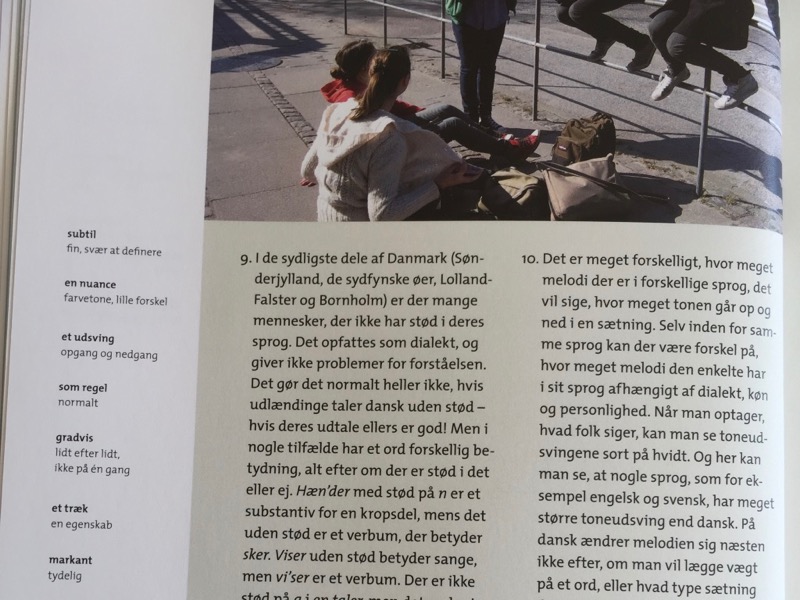 I know, I’ve been here before. I’ve already complained about my inability to learn Danish, but guess what? It’s still true.

I feel like I will never learn this language.

I am now in the final level I could ever hope to be – Level 5 (there is a Level 6, but that’s for people who plan on getting a college degree in Denmark). Every day we read dry, boring texts and “discuss” them. My vocabulary allows me to say things like: “I like it.” Or “No, I don’t like it.” I then quickly turn to the other person and ask their opinion, hoping they have a convincing argument ready to share as to whether or not there are benefits to early bilingual education.

Jesus H Christ. All I want is to be able to order rødspætte (flounder) at a restaurant. I don’t feel the need (at least, after a year of living here) to know words such as indholdsmæssing (substantial), nedsættende (disparagingly), and sammenhængende (coherent).

We watched an old newsreel in class the other day. It was about the first day of school. A bunch of six-year-olds going to school, being asked about their expectations. I was so envious of their Danish! Maybe they couldn’t argue political correctness in class, but they could communicate! Could I just learn how to speak on the level of a first grader before I dive into arguments about cliches?

I’m trying – I really am – to not become completely discouraged. But sometimes…

During our last class, we read a text called “Fremtiden for det danske sprog” (The Future of the Danish Language). Some Danes fear that Danish is a dying language, that English is taking over, as the language of business, university education, technology, research, etc. They worry that Danish will eventually disappear.

Well, try not to get my hopes up.