If you asked me (and no one really has) I’d say that Copenhagen has one of the best transportation systems I’ve ever come across. If you’re in a city, you are indeed very well connected. There is the S-Train, and Metro, and plenty of buses. But, at some point the powers that be decided that the Metro, with its two lines snaking its way from the west side of Copenhagen (Vanløse), down south to Amager, is simply not sufficient. So the city of Copenhagen began to construct two new Metro lines. 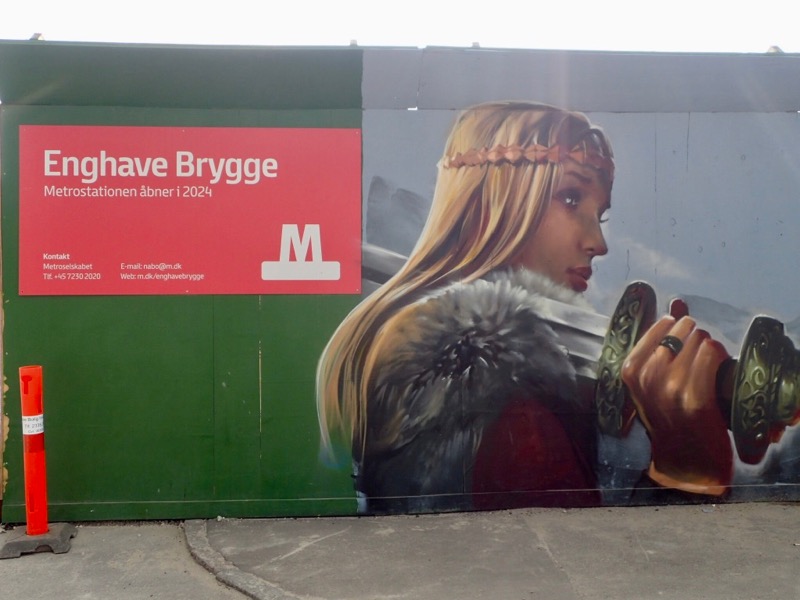 Enghave Brygge station will be completed in 2024. At this time this entire area is more or less one giant construction zone. Just south of Fisketovert, this part of Sydhavn, once developed, will be prime real estate. There’s lots of water surrounding it, it’s close to the excitement of Vesterbro, and it’s located conveniently near the unspoiled beauty of Amager. Eventually, this will be the place to be. The completion of construction here is still years away though, so anyone moving in now needs to invest in thick windows and ear plugs.

But…  Here’s one thing that makes this place special right now, as opposed to years from now: The Evolution Wall.

Painted on the plywood fence surrounding the future site of the Enghave Brygge Metro station, this is reportedly the longest mural in Europe. 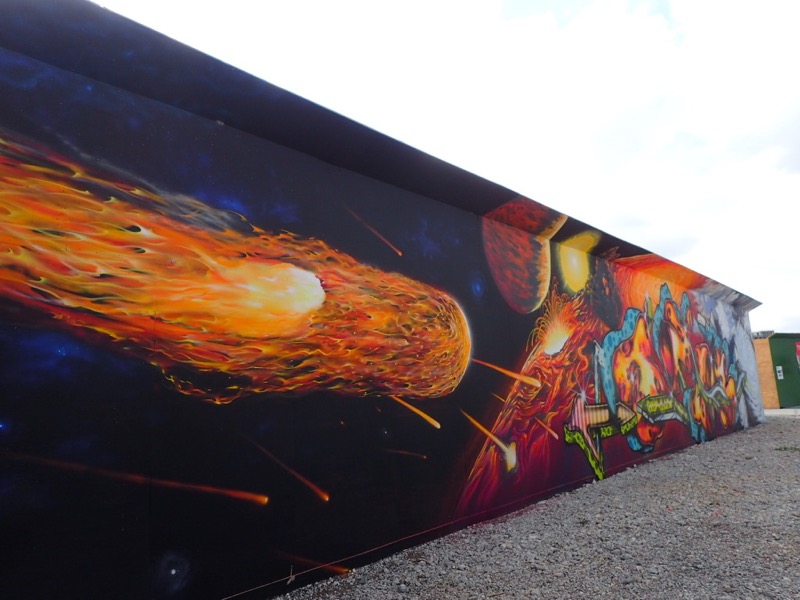 Stretching for 500 meters (about a third of a mile), this mural tells the story of the history of the world, from the Big Bang…

Before the construction began, however, this area was undeveloped and much loved by local graffiti artists. Before this Evolution wall, there was the original Evolution wall. 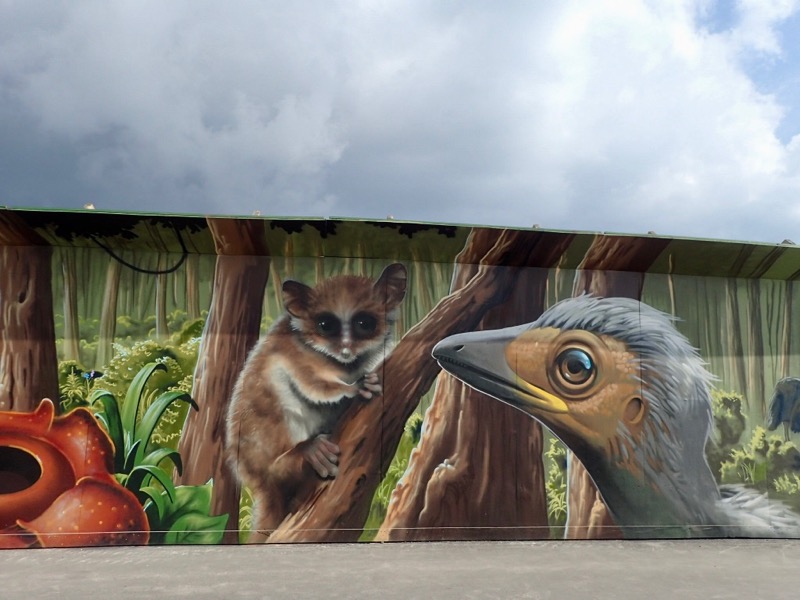 I don’t have any pictures of the original wall, but you can find them on the artist page.

The original stood on this site for 15 years and was approximately 170 meters long. 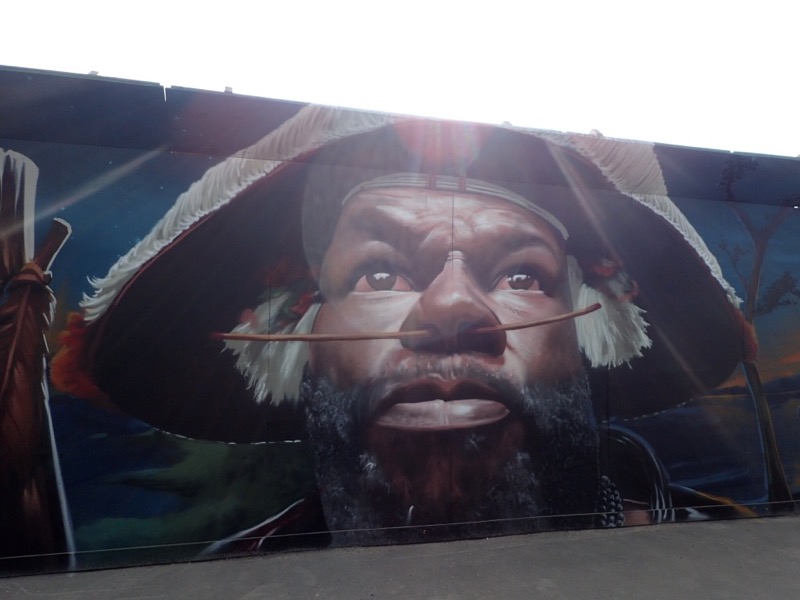 When the construction in Sydhavn began a couple of years ago, the artist of the original mural was offered the half a mile long fence to recreate it.

Ulrik Schiødt, the artist of the original, collaborated with a local artist Michael Wisniewski and a French artist Alexandre de Girardier to design Evolution 2. They invited other local graffiti artists to contribute as well.

It will be here until at least 2024. Whether or not another there will be another incarnation of the Evolution Wall after the fence comes down, remains to be seen.